Patches commonly associated with psoriasis symptoms can range from a few small spots of insignificant scaling to major skin eruptions that may cover large areas of the body. Most psoriasis symptom sufferers will go through cycles with the illness. Sometimes flare ups will last for a few weeks or even months and then subside for some time. Some individuals who suffer from psoriasis symptoms may go into complete remission with adequate treatment therapies.

It might be easy to qualify psoriasis as a simple skin condition, but in reality psoriasis actually begins underneath the skin. Psoriasis is a chronic (long lasting) disease of the immune system that can range from mild or no symptoms to very severe and debilitating symptoms. It is a non-contagious condition, meaning it cannot be passed to others from skin to skin contact.

Psoriasis is known to produce plaques of thickened or scaling skin, which can prove very uncomfortable to long term suffers. Unfortunately, psoriasis is considered to be an incurable inflammatory condition. It has a very variable course, meaning it can periodically improve and worsen. It is not uncommon for psoriasis symptoms to spontaneously clear for years, only to suddenly return. Many individuals who suffer from psoriasis symptoms will notice that their condition tends to worsen in the cold or winter months.

There are many different types of psoriasis and psoriasis symptoms will vary depending on your exact diagnosis. Forms include: plaque psoriasis, guttate psoriasis (small, drop-like spots), inverse psoriasis (occuring in the folds of the underarms, naval, and groin), and pustular psoriasis (small pus filled blisters). When the palms of the hands or the soles of the feet are involved, this is known as palmoplantar psoriasis. The different types of psoriasis will each require different kinds of treatment. The first step is getting properly diagnosed and figuring out what kind of psoriasis you have. While seeking medical attention, you may want to look into other possible illnesses associated with psoriasis.

As a chronic illness, psoriasis is quite often associated with other health conditions, including psoriatic arthritis and Type 2 diabetes. Psoriasis symptoms affect all races and are equally prevalent in both genders. Though psoriasis can be seen in individuals of any age, even babies, patients are most commonly diagnosed in their early adult years. While it is entirely possible to enjoy a normal life with psoriasis, it can diminish one’s quality of enjoyment due to the appearance of their skin. Luckily, there are many treatment options available to help individuals with psoriasis to lead a normal life and improve their overall skin appearance. 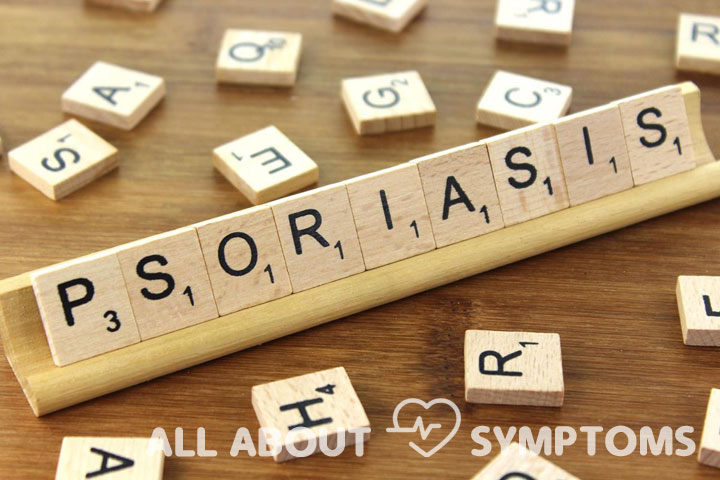 Psoriasis is often signified by red scaly patches and inflammation.

The exact causes of psoriasis are not known, though decades of great research have given doctors a general idea of two key factors: genetics and the overall functioning of the immune system. Many doctors will be quick to attribute psoriasis symptoms to issues with the immune system, even qualifying it as an autoimmune condition. Autoimmune conditions are a result of the body essentially attacking itself and depleting healthy T-cells. In the case of psoriasis, white blood cells (T-Cells) will mistakenly attack the cells of the skin, causing scaling, plaque, and other issues.

Inflamed joints may also occur due to autoimmune related psoriasis. In a regular healthy body, white blood cells are always deployed to attack and destroy bacteria or to fight infections. When autoimmune is involved, the attack can cause the production of skin cells to go into overdrive. This increased production can cause new skin cells to develop far too quickly, which pushes them to the skin’s surface, causing them to pile up. This almost always results in the scaly plaques that are associated with psoriasis symptoms. The increase in skin cells will also cause areas of the skin to become inflamed, red, and irritated over time.

Other doctors will be quick to attribute the cause of psoriasis to genetic factors. In other words, what causes psoriasis may just be inherited genes that cause some individuals to develop psoriasis where others with different genes will not. If you have an immediate family member suffering from the skin condition, you are at a higher likelihood of the developing psoriasis yourself. While it might seem alarming, the percentage of individuals who have psoriasis and a genetic predisposition to the condition is quite small. Only 2 to 3 percent of people with the gene will actually go on to develop psoriasis symptoms. Researchers have found that there are around 25 gene variants that may increase your overall risk for psoriasis. These genetic variants are believed to cause changes in the way T cells behave.

As is the case with any medical condition, you always want to consult a qualified physician and develop a treatment plan. While information can be power, nothing is more powerful than the aid and careful work of a doctor. Always keep a close eye on your health and contact a medical professional when experiencing symptoms.