Parkinson’s disease is a debilitating movement disorder that is often characterized by tremors, slowing and stiffening movements, and muscular issues. These are the most obvious signs and symptoms of Parkinson’s, but the disease tends to affect many systems in the body. Because of this, parkinson’s symptoms will vary from person to person and will typically develop very slowly over time.

The most common Parkinson’s symptoms are:

Generally speaking, most individuals suffering from Parkinson’s symptoms are diagnosed when they are age 60 years old or older. Though this is often a disease that is seen in the aging population, early-onset Parkinson’s can also occur. When diagnosing Parkinson’s, there are several staging systems for the disease that depend upon the organization that treats and seeks to research the disease. The Parkinson’s foundation currently supports these five stages:

Stage 1– Symptoms are very mild and do not interfere with an individuals quality of life or independence.

Stage 3– This is consider mid-stage Parkinson’s. At this stage an individual loses balance, moves more slowly, and may need help with daily activities.

Stage 4– Parkinson’s symptoms are severe and the individual will need assistance in walking and performing their daily activities.

Stage 5– The most advanced stage of Parkinson’s disease. The individual will need full time care and assistance around the clock. Symptoms are severe and an individual will be unable to walk.

If you are experiencing any early symptoms of Parkinson’s, specifically tremors in the hands, you will want to seek the help of a specialist as soon as possible. While slowing down the progression of Parkinson’s isn’t always easy, a specialist may be able to create a treatment plan that offers you the comfortable and pain free life you deserve.

What is Parkinson’s Disease?

A Parkinson’s diagnosis can be a life changing event that affects the whole family. But what is Parkinson’s exactly and how does it develop?

Parkinson’s disease is a highly progressive disorder of the body’s nervous system. It affects movement and can often make it difficult for afflicted individuals to go about their everyday lives. Parkinson’s symptoms develop gradually, often beginning with something small like a barely noticeable tremor in one hand. While a tremor is the most well known sign of Parkinson’s, the disease can also be characterized early on by muscle stiffness and a general decline in motor skills.

In the very early stages of Parkinson’s disease, an individual’s face may show almost no expression and their arms may not swing when they walk. Speech will become soft or even slurred, some have trouble forming sentences and may speak with a slight stutter. Parkinson’s symptoms gradually worsen as the condition progresses over time though the actual degree of impairment will vary greatly from person to person.

Unlike many neurological diseases, those suffering from Parkinson’s disease can still live long and productive lives. Though some who are afflicted may become disabled more quickly, modern medications are making it easier for those with a diagnosis to maintain a high quality of life. Unfortunately, it is the complications of Parkinson’s that can often cause premature death in patients. For example, many who are diagnosed with Parkinson’s can suffer from falling related injuries. 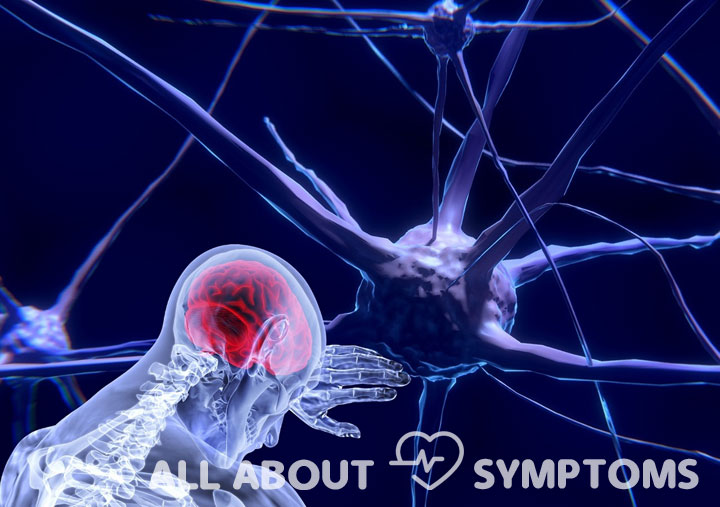 There is not currently a cure for Parkinson’s, though research has lead to many medical breakthroughs and medications that can improve a patient’s symptoms and help them to maintain their independence later into life. In some cases, a doctor may wish to perform surgery in order to regulate the brain or alleviate debilitating Parkinson’s symptoms.

Parkinson’s is a very complicated condition that can seem a bit of a mystery to those facing a formal diagnosis. What exactly causes Parkinson’s?

Parkinson’s disease occurs when certain nerve cells (neurons) in the brain begin to gradually break down and die. Many Parkinson’s symptoms are due to an extreme loss of the neurons that produce a chemical messenger that lives in the brain called dopamine. When an individual’s dopamine levels decrease, it can cause abnormal brain activity, which will ultimately lead to the first signs of Parkinson’s disease. What causes these neurons to break down and die is still unknown, but several factors have been identified in playing a role.

Research suggests that one’s genes may play the greatest factor in Parkinson’s disease. Scientists have identified many specific genetic mutations that may cause Parkinson’s symptoms to occur. These are uncommon except for very rare cases in which many family members are affected by the disease. Certain gene variations in the individual definitely appear to increase the risk of Parkinson disease.

Environmental triggers may also be attributed to Parkinson’s disease. Exposure to certain toxins or environmental risk factors may increase an individual’s chance of developing Parkinson’s symptoms later on in life. While the risk is apparent, it is quite small. Researchers have found that many changes occur in the brains of those dealing with Parkinson’s, though it is still unclear what causes these major changes to occur.

Some of the identified risk factors of Parkinson’s disease are:

Age– Young adults are rarely diagnosed with Parkinson’s disease as it normally begins middle or in late life. Risk increases with age.

Heredity– If a close relative has Parkinson’s disease you are at an increased chance of developing the disease later in life. Despite this, risk is still small unless you have many relatives in your family suffering from the disease.

Exposure to toxins– ongoing exposure to herbicides and pesticides can put one at an increased risk of developing Parkinson’s disease.

If you are experiencing any early symptoms of Parkinson’s disease, it is advised that you see a doctor or neurologist as soon as possible. While there is no cure for Parkinson’s symptoms, managing your overall wellness and preventing a decline in independence can make for a far higher quality of life.