Ovarian cancer is an aggressive type of cancer that begins in a woman’s ovaries. The female reproductive system accommodates two ovaries, one on each side of the uterus. Like so many cancers, ovarian cancer is often very difficult to detect, especially during the earliest stages. This is mostly due to the fact that the ovaries are embedded so deep within the abdominal cavity. Though ovarian cancer symptoms can be difficult to differentiate from many other illnesses or ailments, there are some tell tale signs that most women experience.

The most common symptoms of ovarian cancer are:

Other ovarian cancer symptoms sometimes experienced by women include:

If symptoms persist for more than two weeks it is urgent for you to make an appointment with your doctor. The persistence of your symptoms is key. Only 19 percent of all ovarian cancer cases are diagnosed in the early stages. This is because ovarian cancer symptoms typically don’t occur until the cancer has reached advanced stages and tumor growth creates a vast amount of pressure on the bladder and rectum, causing fluid to form.

What is Ovarian Cancer?

Ovarian cancer is an aggressive form of cancer that begins in a woman’s ovaries. The ovaries are each about the size of an almond and work to produce eggs (ova) as well as the essential hormones estrogen and progesterone.

Ovarian cancer occurs when abnormal cells in the ovary start to multiply at an uncontrollable rate, thus forming a tumor. When left untreated, the tumor quickly spreads to other parts of the body. This is known as metastatic ovarian cancer. Normally, cells in your body will divide and form new cells in order to replace those that are worn or dying.

This process also occurs to repair injuries. Because cancer cells continue to grow and divide at a rapid rate, they are different from normal cells. Instead of dying as traditional cells do, they outlive the normal cells and continue to multiply, creating more abnormal cells and fuelling tumor growth. Tumors put pressure on the organs around the ovaries. This is when most ovarian cancer symptoms start to show themselves. 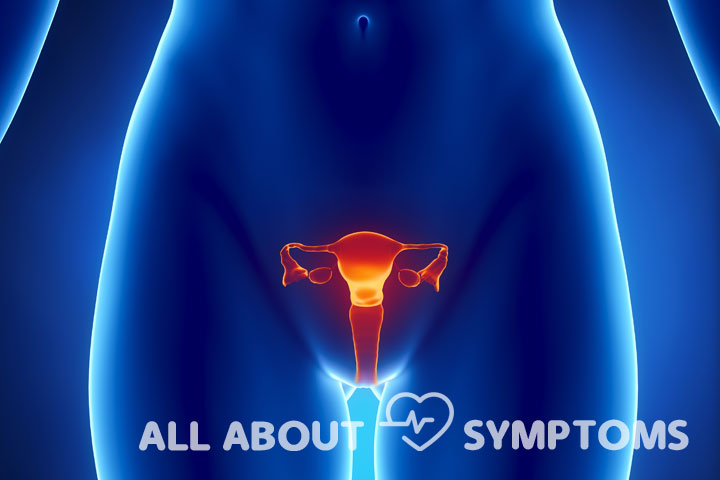 Ovarian cancer can be difficult to diagnose, but being aware of symptoms and early detection could save your life.

More than 22,000 women receive an ovarian cancer each year and around 14,000 women will die because of that diagnosis. Though ovarian cancer does have some warning signs, most are vague and easy to dismiss due to their commonality. You are at a higher risk of developing ovarian cancer if you have a family history of ovarian or breast cancer.

If you notice ovarian cancer symptoms you should seek the advice of a medical professional as soon as you can. Since ovarian cancer is an aggressive and fast moving cancer, early detection is key. The cancer is survivable, but your chances go up the early the disease is caught.

Factors that increase the risk for ovarian cancer include:

Recent advances in research have found that ovarian cancer tends to start in the cells that live at the tail ends of the fallopian tubes, not necessarily in the ovary itself as previously believed. This new information has allowed further research studies to look into possible ways to prevent and screen for this type of cancer.

Researchers are also aware that tubal ligation and a hysterectomy significantly reduce a woman’s overall chance of developing ovarian cancer. Some cancer causing substances actually enter the body through the vagina and pass through the uterus as well as the fallopian tubes before reaching the ovaries. This may explain why removing the uterus or blocking the fallopian tubes could decrease a woman’s risk of developing ovarian cancer symptoms. Another theory is that male hormones, also known as androgens, are one of the root causes of ovarian cancer.