When you feel a burning pain your chest just behind your breastbone, you may be dealing with heartburn symptoms. If pain is worse after eating, in the evening, or when lying down, you will want to keep a close watch on your symptoms and how your symptoms interfere with your daily routine. Heartburn symptoms can vary from person to person but most typically include: a burning in the chest (usually right after eating or at night), pain that tends to worsen when lying down or bending over, and a bitter acidic taste in the mouth. Occasional heartburn symptoms are common in most adults and are not a cause for alarm. Most symptoms can easily be managed with simple lifestyle changes and over-the-counter medications.

Heartburn is an ailment that is often discussed but isn’t well known by most outside of the medical community. What is heartburn exactly and what are heartburn symptoms? Heartburn is a very common issue that is created by acid reflux. Acid reflux is a condition in which some of the contents of the stomach are essentially forced back up into the esophagus. This creates a strong burning pain in the lower chest area of the body. People who suffer from acid reflux that happens more than two times in a single week are diagnosed with GERD (gastroesophageal reflux disease).

Those suffering from GERD may have to be on a slightly different treatment plan than those who simply experience heartburn after eating certain types of foods. Heartburn is most commonly felt when acids of the stomach flows back into the esophagus, which is the pipe in the body that works to carry food from the mouth into the stomach organs. Heartburn is a symptom of GERD, but it is not the only symptom to be wary of. According to researchers at the American College of Gastroenterology, some 15 million Americans report suffering from some heartburn symptoms everyday. Symptoms are often exacerbated by dietary choices, such as very spicy foods or foods that are very acidic. Individuals who are overweight and lead sedentary lifestyles are also at a higher risk of experiencing heartburn symptoms after a meal.

Though heartburn itself has very little effect on one’s overall health, it can interfere with routine daily activities. Someone suffering from severe heartburn may not feel up to physical activity and may even need to change their approach to eating. Luckily, there are many treatments for heartburn, some over the counter, and others that can only be prescribed by a qualified physician. The most common treatment of heartburn is a PPI medication, which work as proton-pump inhibitors to regulate the flow of aid from the stomach into the esophagus. If you’re experiencing symptoms of heartburn or find that you can’t manage heartburn symptoms on your own, always seek the advise of a medical professional. A doctor can help you to regulate symptoms and find triggers that may make your heartburn worse. Information is power, but there’s no substitution for the expertise of a trained medical professional. 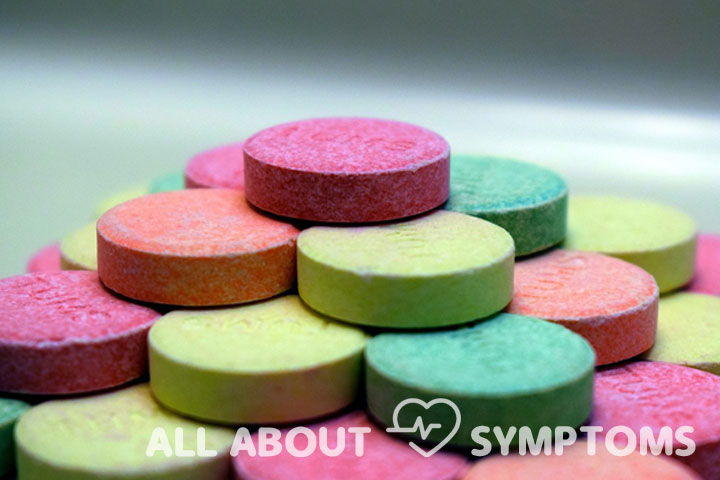 If you often find yourself popping antacids after a meal, you may be suffering from heartburn.

Despite having been given the name “heartburn” this condition actually has nothing to do with the heart. Some of the symptoms, however, are very similar to those experienced by individuals having a heart attack or suffering from heart disease. What exactly causes heartburn and what can be done to prevent it?

Heartburn symptoms are most commonly caused due to a problem with a muscular valve known by doctors as the lower esophageal sphincter, often referred to as LES. It is located where the esophagus meets the stomach- just below the rib cage and slightly left of the body’s natural center. Typically, thanks to gravity, this muscular valve will keep the acid in the stomach, keeping it from flowing back up into the esophagus. When working correctly, the valve opens to allow food into the stomach and then closes again to keep the food or acids from traveling beyond the stomach. If the valve opens too often or does not constrict tight enough, the acid of the stomach can leach into the esophagus of the body. This is what creates heartburn signature burning sensation.

If the LES valve is not tightening as it should in the body, doctors have found two known causes that can contribute to the problem. The first cause is overeating. When you overeat you are simply filling your stomach with too much food. The valve needs to work harder in order to open and close. Sometimes overeating will keep the valve from properly closing at all, thus allowing acids of the stomach to travel back up into the esophagus. Another common cause is when there is too much pressure put on your stomach. Obesity, pregnancy, and constipation are all triggers known to put too much pressure on the stomach, causing heartburn symptoms.

Managing heartburn doesn’t have to be difficult. In fact, simple lifestyle changes can help prevent heartburn from ever happening in the first place. Eating several small meals per day instead of three large meals is one key step in managing heartburn symptoms. Avoiding spicy and very fatty foods can also be a great way to stave of heartburn. Keeping your weight at a healthy level, maintaining fitness levels, and introducing fresh healthy foods can also help to prevent heartburn symptoms from ever occurring. While heartburn is often easily managed on your own, it is still recommended that you seek medical attention if suffering from heartburn symptoms. A physician can help you to pinpoint heartburn triggers and get you on a treatment plan that is right for you. Always keep a watchful eye on your health and seek a doctor if experiencing any unusual symptoms.